Working Together: Interprofessional Care in HIV – About the Authors

Home → Working Together: Interprofessional Care in HIV – About the Authors

Working Together: Interprofessional Care in HIV – About the Authors 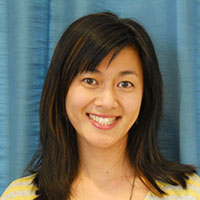 Nancy Chow is an HIV nurse educator for the VCH/PHC Hope to Health Regional HIV Services. She is involved in implementation and sustainment of routine HIV testing in acute care and community. As well, she has been coordinating the Point of Care (POC) testing program in the Vancouver Coastal region through education, training, and site initiation and support. She also is a clinic nurse providing primary care for people living with HIV at St. Paul’s Hospital’s John Ruedy John Ruedy Clinic. 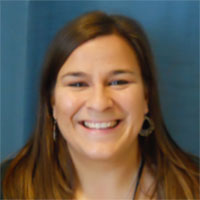 Brynn Grierson is a registered nurse who graduated from the University of Ottawa with a Bachelors of Nursing in 2004 and a Masters of Nursing from the University of British Columbia in 2012. Brynn has worked as a registered nurse with Providence Health care since 2004. Most of Brynn’s nursing career has been dedicated to HIV/AIDS nursing. She has worked in a variety of different roles including staff nurse on the in-patient HIV unit (10C), patient educator in the John Ruedy Clinic (JRC), and currently as the Clinical Nurse Leader of the JRC. The JRC is an outpatient clinic that provides HIV primary care to approximately 1100 patients living with HIV. She was the Pacific Regional representative for the national nursing organization, Canadian Association of Nurses in AIDS Care (CANAC) form 2012-2014 and has been a member of CANAC since 2007. Brynn has also done sessional work at the British Columbia Institute of Technology (BCIT) as a clinical instructor in the undergraduate nursing program. 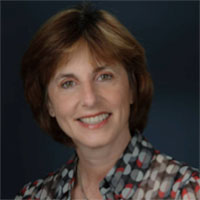 Dr. Silvia Guillemi is the Assistant Medical Director at the John Ruedy Clinic (JRC) at St. Paul’s Hospital. She is the Director of Clinical Education at the BC Centre for Excellence in HIV/AIDS and the lead supervisor for the HIV Preceptorship Program. Dr. Guillemi is also Associate Clinical Professor in the Department of Family Practice at UBC. Dr. Guillemi has been fully engaged in the management of HIV-positive patients since 1999. She is a member of the Committee for Drug Evaluation and Therapy and a co-chair of the Subcommitee for Primary Care Guidelines for the Management of HIV/AIDS, and is actively involved in the development of other programs related to the care of HIV patients. In clinical research, Dr. Guillemi’s areas of interest include co-morbidities in HIV (osteoporosis, metabolic disorders, neurocognitive impairment, and others) as well as antiretroviral management. 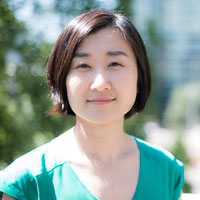 Clinical Educator, BC Centre for Excellence in HIV/AIDS

Helen is a social researcher with a doctorate in Sociology from Simon Fraser University. Her research and teaching interests focus on medical history and health professions education. 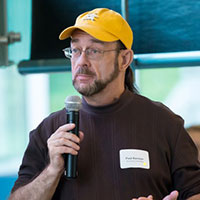 Co-author of and speaker in videos on psychosocial aspects

Prior to his retirement in 2014, Paul held Adjunct appointment at the University of British Columbia’s College of Health Disciplines, and was the 2013 and 2014 Co-Lead for the inter-disciplinary course: “HIV Prevention and Care” (IHHS 402). He also served on the Canadian Institutes of Health Research (CIHR) Centre for Research Evidence into Action for Community Health (REACH) in HIV/AIDS Executive Committee, on the Universities Without Walls (UWW) Education Committee and the Canadian Treatment Action Council (CTAC) Board of Directors for the Pacific and Yukon regions. He was the Vice President of CTACT Board of Directors in 2014. Paul worked full-time for almost seven years at the Positive Living Society of BC (formerly BCPWA) where (with others) he was responsible for bringing the lived experience of HIV-positive persons to a variety of health care providers in multiple disciplines as well as to providers-in-training; plus, he helped educate HIV-positive persons, and workplace staff and volunteers, regarding HIV treatment-related issues. Paul volunteered for seven years (before joining the staff) working in Treatment Information, in Advocacy, and working as a Facilitator within the “Buddy Program” – helping form cases to take to a BC Tribunal seeking to overturn negative “Schedule C” disability rulings against the Society’s members. For over 12 years, Paul was an invited author for the Positive Living magazine. He was also on the Editorial Board for both the 4th (2009) and 5th (2012) editions of The Society’s Healthy Living Manual. He was a member of the subcommittee for the 2011 Primary Care Guidelines for the Management of HIV/AIDS in British Columbia, and was involved with the BC HIV Quality Improvement Network. Paul served on a number of advisory committees, presented at numerous conferences, and was a co-investigator and a co-applicant on several successful grants. 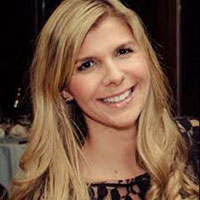 Author of “Unit 6: Nutrition and Wellness” 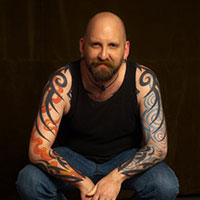 Creator of videos on psychosocial aspects

In 1996 Mike worked for the XI International Conference on HIV/AIDS here in Vancouver. For the last 18 years Mike has worked as an IT/video support professional for a leading HIV/AIDS research organization. In that time he has also volunteered for the Dr. Peter Centre and been a contributing writer to PositiveLite.com as well as, more locally, the Positive Living Magazine. 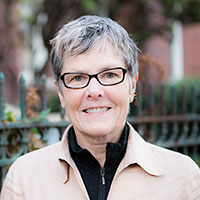 Co-author of and speaker in videos on psychosocial aspects

Mary has worked in the HIV/AIDS epidemic since the early 1980s when she was a graduate social work student in the U.S. Like many activists in the women’s health movement at the time, she began working with gay men in communities facing the AIDS crisis. She went on to receive her MSW from Dalhousie University in 1985 and began her professional social work career in a psychiatric rehabilitation program in Halifax. Continuing to work in the community, organizing around gay and lesbian health issues and the HIV/AIDS crisis, she worked to incorporate HIV prevention education into services for patients with psychiatric illnesses. She began doctoral studies at the University of Pennsylvania in 1994, studying cultural and policy aspects of the AIDS epidemic through ethnographic research with ACT UP Philadelphia. She received her Ph.D. in Social Welfare in 2000 and moved to Vancouver where she began working in St. Paul’s Hospital HIV program. She has collaborated extensively with community groups and is currently working with Positive Living Society of BC (formerly BCPWA) to develop a peer navigation program as part of the HIV primary care program in the John Ruedy Clinic. She started a support group for HIV positive people working and re-entering the work force and has been instrumental in developing counseling and advocacy services for long term survivors of HIV. She teaches in the UBC College of Health Disciplines Interprofessional HIV/AIDS course and is an adjunct professor of social work at Dalhousie University where she developed an HIV and social work course for the distance graduate program. She has published on criminalization of HIV, self-help groups, aging with HIV and community based qualitative research methods. 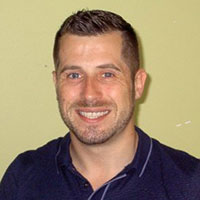 Jonathan is also a Research Assistant on the Gay Poz Sex (GPS) study, the Momentum Health Study and has been working in HIV research since 2012. He has a Bachelor of Arts from the University of British Columbia, majoring in Political Science and minoring in Sociology where he focused on identity politics and human sexuality. He currently is a Universities Without Walls Fellow 5.0. funded by a CIHR Strategic Training Initiative in Health Research (STIHR) and housed at the Ontario HIV Treatment Network (OHTN). Jonathan’s work focuses mostly on knowledge translation, education for the MSM community & its partners and stigma. He has worked closely with Positive Living BC to help educate interdisciplinary health sciences students on HIV care, as well as works closely with the BC Centre for Excellence in HIV/AIDS to reduce gaps along the continuum of care, as the STOP initiative is rolled out to the province 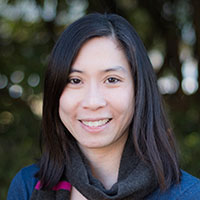 Dr. Junine Toy is the Senior Manager of the Drug Treatment Program at the BC Centre for Excellence in HIV/AIDS, a Clinical Pharmacy Specialist with St. Paul’s Hospital Ambulatory Pharmacy, and a clinical instructor for UBC Faculty of Pharmaceutical Sciences. She has specialized in HIV care and antiretroviral therapy since 2002. She is a member of the BC-CfE’s Committee for Drug Evaluation and Therapy and is co-chair of the Data Quality Committee.

Fernando Prado, the Full-Stack Developer, Communications at the BC-CfE, for his work building the course and designing its layout on the website.